Angie Harmon, known to many as "one of the Law and Order actresses" wants to play She-Hulk in an Avengers sequel.

While I won't get my hopes up that Hollywood would do that... I think it would work.

Angie Harmon could certainly be Jen Walters and do the lawyer-speak. Then CGI her for She-Hulk, just like with the Hulk, make her taller and stronger-looking.

And Ms. Harmon seems to have enthusiasm for the role, which helps.

Available in the AC webstore, and coming "soon" to a comic book store near you (depending on Diamond shipping times, etc)

Link to comic description on AC website is here:  http://www.accomics.com/accentral/femforce-160/

First story of interest my latest Marla Allison story, "Growing for the Gold". It's a 10 pager with Marla using her giantess superpowers for petty, personal reasons (not exactly shocking, for her character. )

Back from my vacation.  The weekend at the end of the vacation included having an Artist's Alley booth at Cherry Capital Con (or C3) in my hometown of Traverse City.

Was a fun experience again.  Sold enough copies of the FemForce issues with my stories to cover the booth costs plus a little extra.  Of course, I spent more than that in con swa...

- Reorganized the Commissioned Art section with sub-categories and uploaded much art.

- Added a character appearances page to better track which character shows up in which issue.

I  just made a donation to The Hero Initiative.   http://www.heroinitiative.org/

It's a great charity that helps support elderly comic book creators with a safety net.

A lot of the great comic book creators of years past don't get to share in the bounty of royalties and residuals from the latest movie mega-hit or toy tie-in, because back in those days, the creators and creative types were "work-for-hire" and there was no way for them ...

FemForce #159 now in the AC Webstore

The latest issue of AC Comic's flagship title includes a new 1-900-Giantess story by yours truly.

Link to issue in the AC Store:

(careful browsing around DeviantartArt, there's naked pictures and stuff.  The more risque' pic of these two has everything strategically covered, though.... 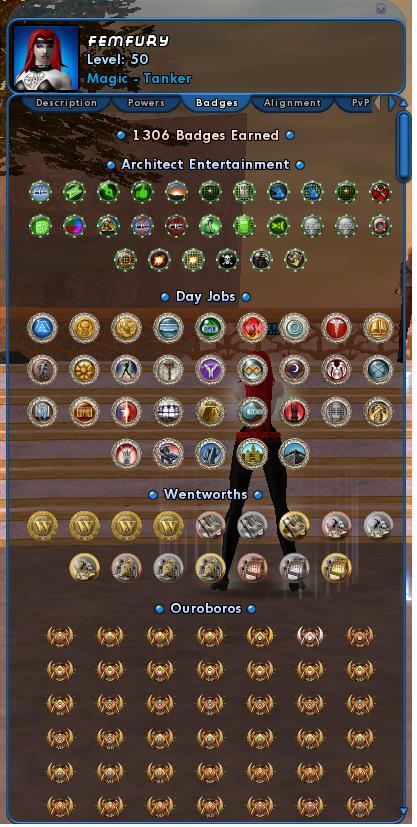 Maybe this me announcing to the world that I have...

I still get a little thrill when I see "written by Eric Johnson" as part of the solicitation text for a new issue of FemForce.

Link to the issue description on the AC website is here (along with webstore link):

My story in this one is "Big Temper", featuring FemForce member Tara Fremont ("Too Tall Tara") having some problems with Marla Allison ("Humonga").   A fun stor...